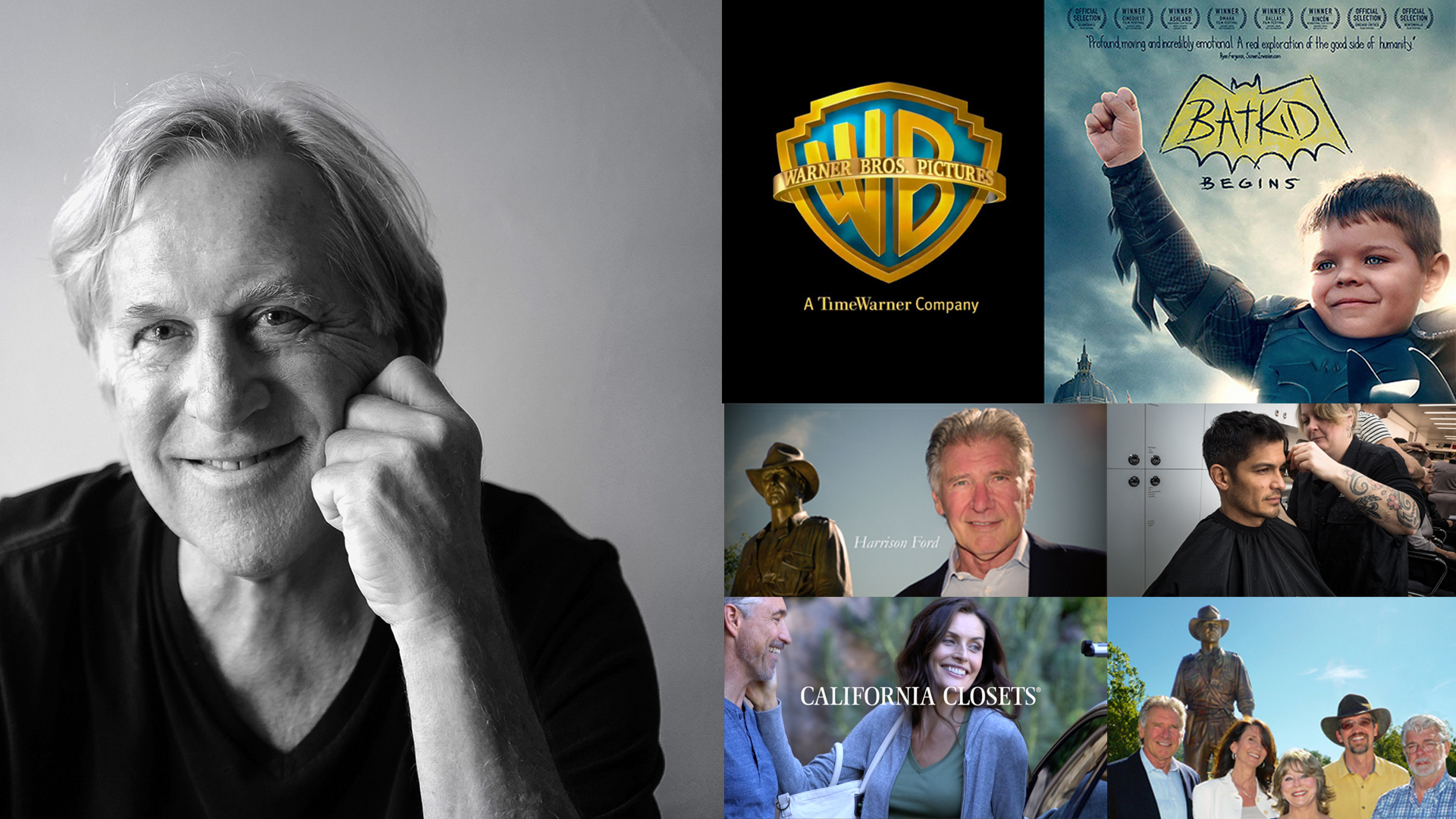 John Crane is a commercial/documentary filmmaker who has been creating images for over 30 years. He has created images for advertising, commercials, documentaries, portraits, product shots and a wide variety of still images. He works with companies, non-profits, and individuals. He has worked on several documentaries including his own documentary, Batkid Begins, that was picked up by Warner Brothers.

What separates John from other DP’s and photographers is his marketing background and problem-solving skills. Before starting his production company, John founded an advertising agency at age 24 and served as the creative director. His agency did work for CNN, Reebok, Puma Shoes, Apple, O’Neil Wetsuits, Dreyers Ice Cream, Charles Schwab, California Closets, The Berkeley Repertory Theatre, and The Make-a-Wish Foundation.

John loves to shoot, but given his background in all media, he also enjoys creative problem solving on many levels in a wide variety of platforms. From planning and shooting Batkid for Make-a-Wish to creating an award-winning surf poster for O’Neil Wetsuits, John loves it all. And that includes shooting portraits and family photos with his beloved Leica.

So if you have a project that you are contemplating or considering please do not hesitate to call John and discuss what he can do for you.